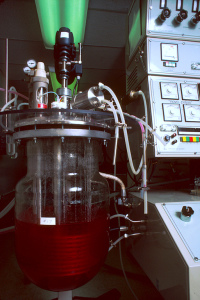 The enterprise, which was set up in 2013, acquired all the assets and programmes of CYTAVIS BioPharma GmbH, a biopharmaceutical company that was already working with Aviscumine.

MELEMA Pharma GmbH, a private biopharmaceutical company, is focusing on the development of natural compounds having the potential to activate the patient’s own immune system. A substantial medical challenge for the company is the immuno-oncology.

MELEMA develops its drug candidates together with partners from academia and industry as well as with well-known clinicians. 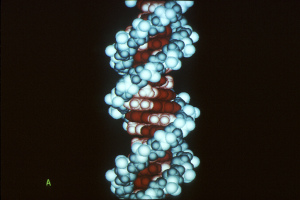 Aviscumine is a new biological entity and the plant protein viscumine from mistletoe manufactured by recombinant DNA techniques in E. coli. Aviscumine shows multi-modal action on the immune system and acts therefore as an immunotherapeutic. Aviscumine activates antigen-presenting-cells (APC) and evokes a strong T-cell response. Furthermore, it induces the release of cytokines mediating anti-cancer activity of the immune system and increases the cytotoxic activity of killer cells against tumor cells. Therby Aviscumine induces a close collaboration between cells of the innate and adaptive immune systems to fight cancer cells.

In three phase-I-trials with more than 80 patients, in one phase-I/II-trial with 16 patients and a phase-II-trial with 32 patients Aviscumine has demonstrated an excellent safety profile with almost no serious and no life-threatening adverse events.

A phase-II-trial in 31 patients with Aviscumine has recently demonstrated its effectiveness in patients with advanced metastatic melanoma.

Although Aviscumine has promising potential as a stand-alone or combination treatment in various cancer indications stage IIIc/IV melanoma is the most promising first indication. That’s why the company will initially focus on the development in this indication. 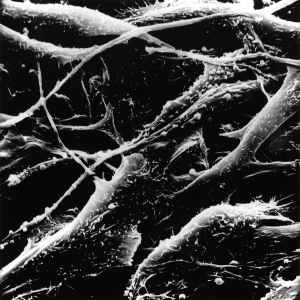 Melanoma is the most serious and aggressive type of skin cancer and is one of the cancers with the fastest growing incidences, especially amongst Caucasians. World-wide around 160,000 people each year suffer from melanoma. The number of incidences differs significantly between different ethnical groups and regional areas. In the USA –the country with the highest number of new melanoma cases p.a. worldwide- the incidences have tripled among the last 30 years.

With an overall 5-years-survival-rate of about 93% melanoma in principal is one of the most treatable tumors of all, but only when discovered in an early, non-metastatic stage. The therapy of choice for this localized tumor is the traditional surgical resection. Depending on prognostic factors and the degree of invasion into the skin, adjuvant therapy is sometimes administered, typically in the form of high-dose interferon-alpha, although some controversial discussions regarding the benefit of these treatments are ongoing.

About 10% of the melanoma patients develop distant metastases (stage IIIc/IV). The 5-years-survival-rate of patients suffering from metastatic melanoma (stage IV) is between 9 and 15%. In that more advanced, metastatic stages, the therapy differs depending on the grade of invasion, the resectability and the grade and localization of metastasis.

Sorry, this entry is only available in German.